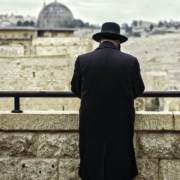 The modern Messianic Jewish movement as we know it has existed for more than half a century. And in that time, while there has come to be a certain level of tolerance toward Messianic Jews within the larger Jewish community, most non-Messianic Jews are hardened in their hearts toward Yeshua. This is due in large part to the unfounded beliefs about the Messiah that have been perpetuated in Jewish circles, making it critically important that we know the source of this misinformation.