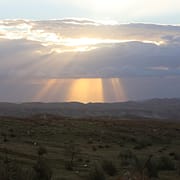 A Messianic Israeli kindergartener set off sparks recently when she declared before the other children in her class that “Yeshua is the Messiah and He will deliver us.” As reported by Kehila News Israel (KNI, kehilanews.com), citing an interview with Israel’s Channel 7, the mother of one of the girl’s classmates immediately complained to the school for allowing such “hypocritical” and “brainwashing” speech and, upon two rabbis’ recommendations, withdrew her child from the institution. The mother of the Messianic kindergartner, on the other hand, maintained that the whole episode had been blown out of proportion, and all three of her children continue to be welcomed by the school and other parents.