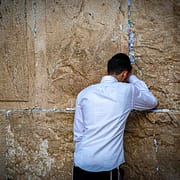 A recent exchange on social media highlighted a shifting view of Yeshua/Jesus among the Jewish people—a change that can both encourage us and remind us to be ever-vigilant.

As you may know, Linda Sarsour is a first-generation Palestinian-American political activist. Formerly the executive director of the Arab American Association of New York, she was co-chair of the 2019 Women’s March until the organization recently broke ties with her over her anti-Semitic activity.

Yair Netanyahu is the eldest son of Israeli Prime Minister Benjamin Netanyahu. An Israeli Jew as well as a conservative social media activist, he is an ardent defender of both his father and the State of Israel. He publishes on Internet websites such as Twitter—a service which allows people to post information and interact with each other through short messages limited to about 50 words each.