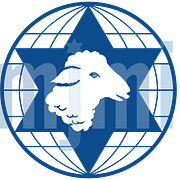 Anti-Semitism is an ancient hatred of the Jewish people that can trace its roots back through Israel’s history, as recorded in the Scriptures. With alarming reports of anti-Semitism on the rise throughout the world, it is worthwhile to consider its origins, and how we can best overcome its effects.

In the beginning, Israel was welcomed into Egypt as a mere tribe of seventy souls (see Exodus 1:5), but within a generation, the people multiplied to such an extent that the king of Egypt grew concerned with their numbers and enslaved them. They were worked ruthlessly, their lives made bitter with hard labor, and their newborn sons decreed to be killed (see Exodus 1:13-16). In this, the Scriptures say that the Egyptians were “in dread” or “loathing” of the people of Israel (see Exodus 1:12).